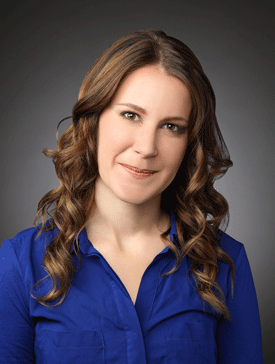 Experienced Family Law Attorney Tricia Shepard started her legal career as a Deputy District Attorney for the 1st Judicial District in Colorado. Through her work with the District Attorney’s Office, she acted as counsel for over 50 trials, countless motions hearings, and for all other aspects of litigation. In 2012, she started her family law practice specializing in divorce, legal separation, civil protection orders, grandparent rights, paternity and child support cases among other family law issues.
Mrs. Shepard specializes in assisting clients throughout the Denver Metro area including Castle Pines, Castle Rock, Parker, Highlands Ranch, Centennial and surrounding areas, on their domestic relations cases.

Mrs. Shepard attended law school at The University of Denver and graduated in the Order of Saint Ives, a prestigious award given to graduates in the top 10% of their law school class; Mrs. Shepard was ranked 22nd out of 277. Her work has been recognized with several awards, scholarships, and accolades including earning the title of Semi-Finalist and Best Orator in the 2009 Hoffman Cup Mock Trial Competition. Furthermore, Tricia also earned a coveted position on the American Bar Association National Trial Team at the University of Denver and traveled around the country competing in front of state Supreme Court Justices and other prominent legal professionals. In 2009, Mrs. Shepard and her trial team earned the Professional Ethics Award and were named Quarter-finalists in the National Trial Advocacy Competition in East Lansing, Michigan.

Family Lawyer Gives Back To Her Community

Mrs. Shepard is most proud of her work during law school as a coach and mentor for at-risk high school students. Through this practicum work, Mrs. Shepard formed long-term relationships with her students and became interested in helping those who have not had the privilege of being granted many opportunities in life. This humbling experience has molded her character and approach to family law matters.

“When you focus on the solution, the problems take care of themselves.”

Mrs. Shepard’s biggest achievement in life has been being a loving parent to her two sons. Mrs. Shepard also has three step-sons. All together, her and her husband have five wonderful boys. In her free time, Mrs. Shepard enjoys anything and everything sports related, including rooting on her son’s baseball team every weekend or sitting in the stands watching our beloved world champion Broncos play. She also loves reading and yoga, when time allows.

Mrs. Shepard has dedicated her career to helping others

Since becoming an attorney in 2010, Mrs. Shepard has dedicated her career to helping others. Having been through many difficult times personally, she truly believes in helping and empowering others in overcoming trying times in their lives. While some attorneys may view their cases simply as a means to an income, Mrs. Shepard brings humanity back to law. It is important to Mrs. Shepard that Shepard Law work each case as a top priority, tailoring her approach to the needs of the client and specific details of the case. Family Law attorney, Tricia Shepard is deeply invested in fighting for her clients to gain the best legal outcome possible.